Basil, Terri, and the No Good, Horrible, Very Bad Day

Last week, I wrote about a little miscommunication that left me sitting outside a local watering hole waiting to pickup Basil when he already had the other car.

On Saturday, you see, he had to bail me out. 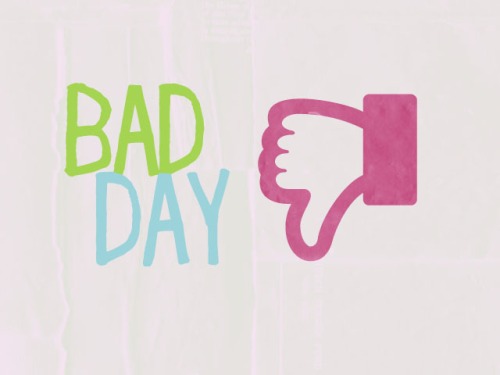 I left to teach Jazzercise at 7:45 am, as I always do, but clearly my mind was on the guests coming to visit later in the day. I arrived at class with my music and mat, but missing the bag with my mic and sneakers. With just 25 minutes til the start of class and home a solid 20 minutes away, I was, frankly, screwed.

My mouth is big enough that I could have managed without the mic, but the sneakers were a problem. No one else has a size 5 to borrow and I sure couldn’t teach in socks.

Basil to rescue. He leapt in the car, still clad in his PJs, and set a land-speed record getting to me. Never in my life have I been so thrilled to see our burgundy Ford Taurus come around the corner. (That it is dressed for the season in reindeer nose and antlers only added to the moment.)

As luck would have it, though, my bonehead move had a domino effect. Basil’s time spent in the car (even with his creative use of traffic rules) meant his contribution to dinner prep was now way behind schedule.

In our rush to get ourselves together later that morning, I cut myself and he tipped the marinade over, creating a 2-inch-deep pond on the stovetop and a waterfall that pooled on the floor in front of the oven.

The marinade contained enough olive oil to send me sliding, Derek Hough-like, across the kitchen floor and enough balsamic vinegar to perfume the house … and not in a good way.

Cleanup was an insane flurry involving two full rolls of paper towel and untold number of disinfecting wipes, plus a full can of Oust sprayed throughout the house in a frantic attempt to “eliminate odors” while I barked at Catherine to set the table and peel potatoes.

Then a text-message from our guests warned they were running late.

As so often happens when a day gets started in such a fashion, it was all uphill from there, thank goodness.

And by nightfall, we were laughing about it.

Wife, mother, communications specialist, Jazzercise instructor and recently reunited adoptee. I'm living out loud -- and trying to make it all work -- in midlife. Having a sense of humor sure helps.
View all posts by Terri S. Vanech »
« Merry Christmas!
Wordless Wednesday — Sunset Strip »

6 thoughts on “Basil, Terri, and the No Good, Horrible, Very Bad Day”