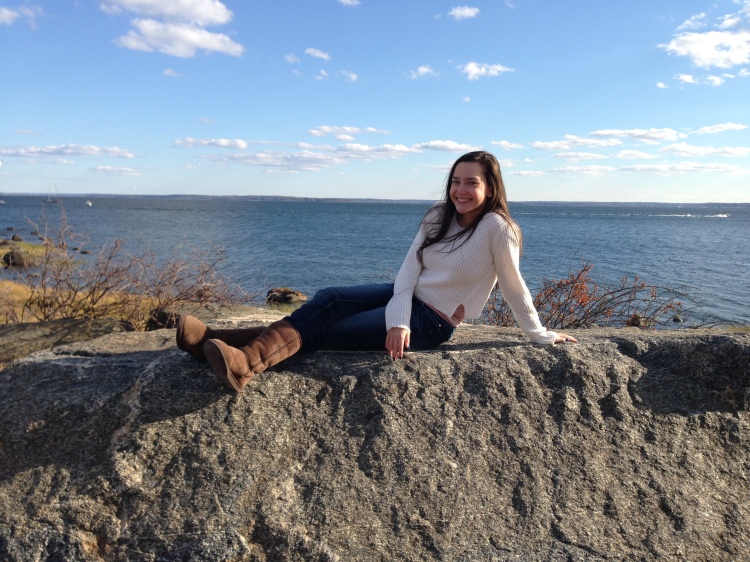 The envelope was big, white and emblazoned in red with a 48-point message of congratulations.

I couldn’t resist texting Catherine a photo of it — her first college acceptance letter — when I pulled it from the mailbox yesterday morning.

Oddly, she of the fast fingers didn’t reply to my message, but rather burst through the door after school at lightning speed.

“Why did you do that?! I couldn’t concentrate all day!” she said, then ripped into the envelope, from Salem State U in Massachusetts, and read their welcome letter aloud.

It’s not her top choice, but a place she liked a lot. It would be a good fit for her, and she would do well if that’s where she should end up.

“Did you tell Grandma and Aunt Jacquie?” she wanted to know.

In short order she snapped a photo of the letter and sent it through cyberspace, announcing the news to anyone using a mobile device.

But first she had to process it all. I had watched the anxiety ratchet up these last couple of weeks as some of her friends started to hear from schools they’d applied to.

Opening Salem State’s letter was like popping a balloon full of self-doubt.

“I’m going to college,” she said as the reality settled over her.

Somehow, it felt like I was embracing the little person in this picture: 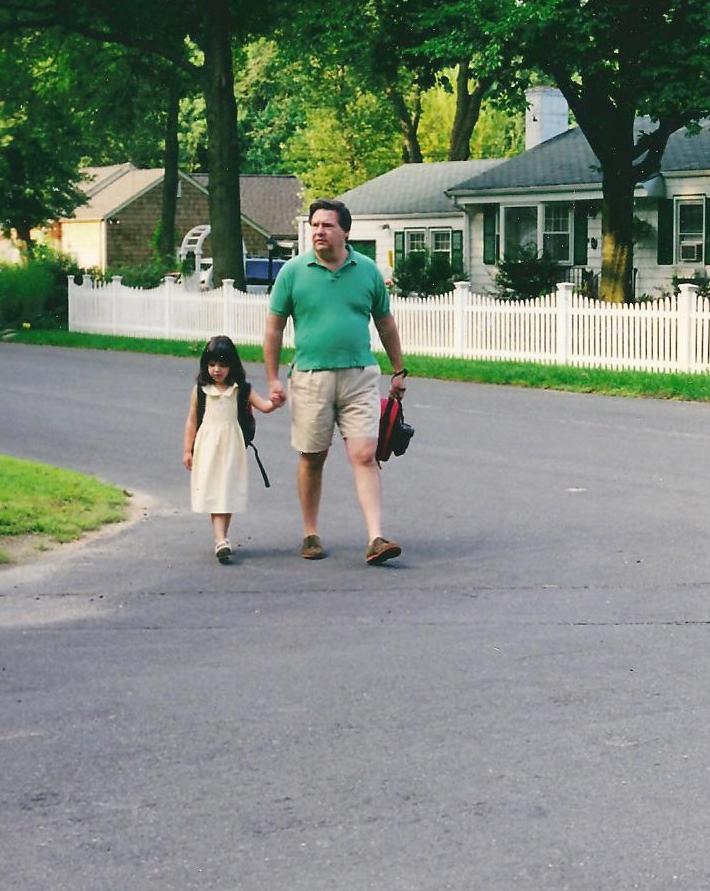 Catherine and Basil walk to the bus stop on the first day of kindergarten.

Wife, mother, communications specialist, Jazzercise instructor and recently reunited adoptee. I'm living out loud -- and trying to make it all work -- in midlife. Having a sense of humor sure helps.
View all posts by Terri S. Vanech »
« Turkey Redux
Wordless Wednesday — Reflections »